The Hummingbird Inn circa 1890.

The Hummingbird Inn began life around 1780 as a single room of post and beam construction. That room is now our rustic den. It was almost certainly a store or trading post for travelers who came through Goshen Pass by wagon on their way west. A fine collection of historical photographs of Goshen has been assembled by Anne McClung, Rockbridge County Historian, Author, and former Goshen Public Librarian; we have many of those photographs at the Inn. A second floor was added quite early in the building’s life, as evidenced by the extremely low height of the banister.

In 1853, the house was bought by the Teter family, in whose hands it remained for the next 110 years. The Teters gave it its Carpenter Gothic (the first American Victorian style) appearance, adding the bulk of the building, including the parlor, library, conservatory, five bedrooms on the second floor, four more rooms on the third, and of course, the extensive wraparound verandahs which are so unusual for a Virginia house. The Teters also acquired the barn that currently sits on the property. It had served for many years as the town’s livery stable but when Goshen switched to vehicles to provide the town’s horsepower, the barn was sold to the Teter family.

Since Mr. Teter had invented and patented the roller window shade, their wealth allowed them to travel extensively, and the house was rented out frequently during the latter part of the 19th century. It was, at various times, a railway hotel and a boarding house.

Pearl Teter Wood, the last of her family, was the first lady of Goshen, principal of the the town’s school, and the wife of J. B. Wood, the town railroad agent (thus Wood Lane). In that position, she was the natural choice to host Eleanor Roosevelt, who drove from Washington, DC to visit the Stillwater fabric factory at Franklin Roosevelt’s request.  After Pearl’s death in 1963, the house fell into disrepair and eventually into decay, until the mid-1970’s when Frank Miller, a Williamsburg antique dealer, saw it, recognized its architectural significance, and rescued it from a slow but certain death.

Although The Hummingbird Inn was structurally sound as a result of Miller’s extensive renovations, it had not been occupied for several years prior to its purchase by Jeremy and Diana Robinson in 1991, and was beginning another decline. It had three bathrooms and three half-baths for an obvious five guest rooms, but only one bathroom was functional. The Robinsons took a small bedroom and split it into two portions, making a bathroom out of each. Since that time, additions have included one new full bath and a lavatory on the first floor, one on the third, and two other remodeled baths for a total of 7 1/2 bathrooms, two of which had double whirlpool baths installed.

In 2003, the Inn was purchased by Pam & Dick Matthews. They added a spacious deck out by the barn adjacent to Mill Creek, a pleasant place to sit during the Spring, Summer and Fall. And while they made some interior changes to the house, nothing was done to alter the charm and appeal when they found it in 2003.

In July 2008, the Inn was purchased by Patty and Dan Harrison.  The Harrisons ran the Inn with impeccable guest service for 7 years and are responsible for the latest renovation of 3 guest rooms, brand new state of the art spa baths installed in Spring 2015 and acquiring the adjacent lot for expansion. 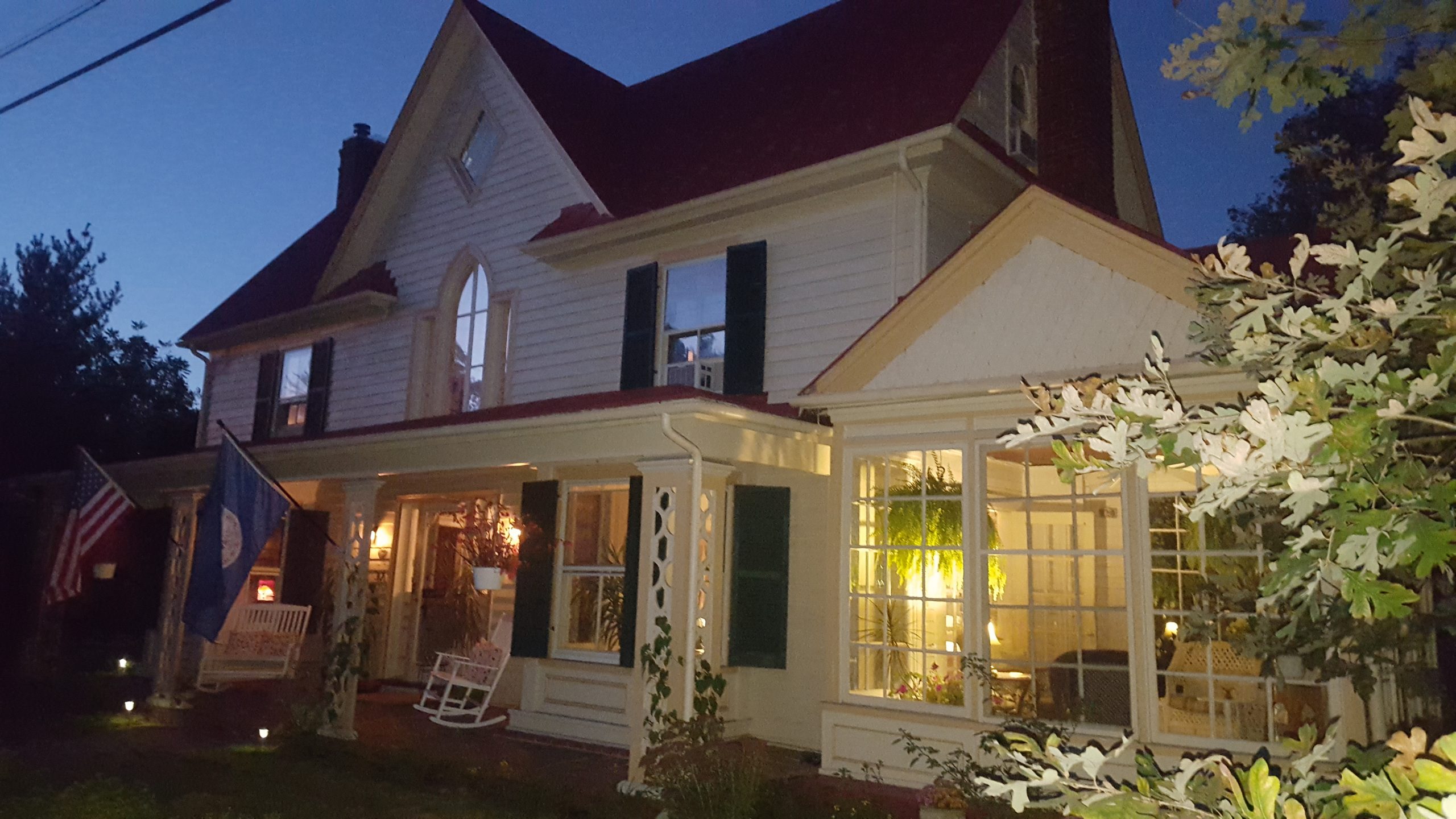 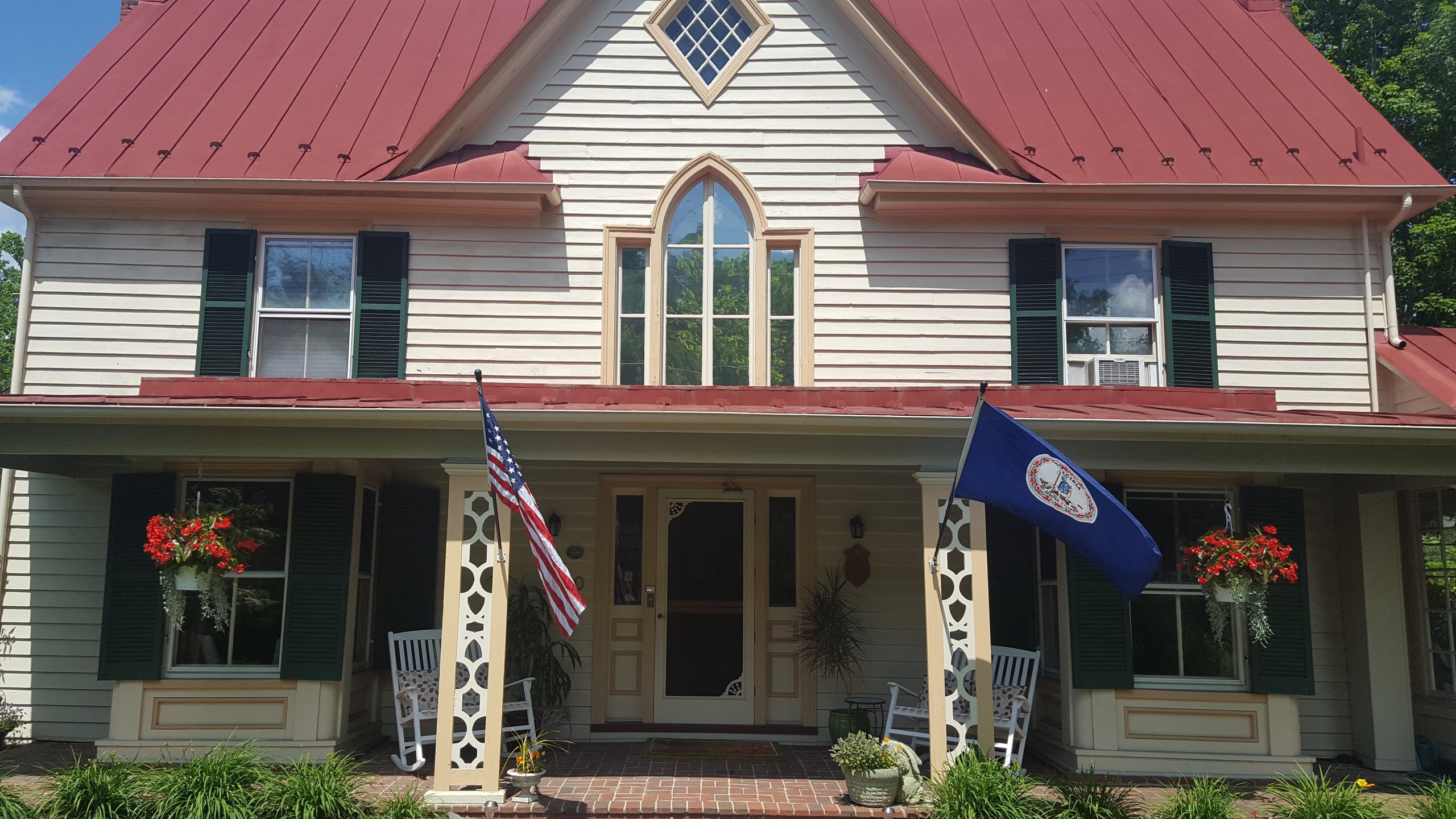 On June 29, 2015 Sandra and Jeff Shaffer purchased the Inn and opened to a full house for the fourth of July weekend. Well-established, the Hummingbird Inn has served as a bed and breakfast for the past 29 years. In 2016, the Shaffers built Serenity Cabin on the adjacent lot with its private deck facing Mill Creek. Other improvements include Stable View guest room renovation, three common hallway renovations, a new laundry room, a portion of metal roofing upgrade, and a roof added to the deck beside the barn on Mill Creek.

We are located a scant 20 miles northwest of Lexington, Virginia, home of Washington and Lee University, The Virginia Military Institute, the Stonewall Jackson House and Museum, and numerous other sites of historic interest. Natural Bridge, owned by Thomas Jefferson, and surveyed by one George Washington, is just 15 minutes south of Lexington. We are 25 minutes east of Warm Springs, where the 150 year old bathhouse still features the crane used to hoist Mrs. Robert E. Lee’s wheelchair into the warm baths for her arthritis. Daytrips to Monticello, Ashlawn, and New Market’s Civil War battle site and museum are popular with guests who choose us for lodging in VA. 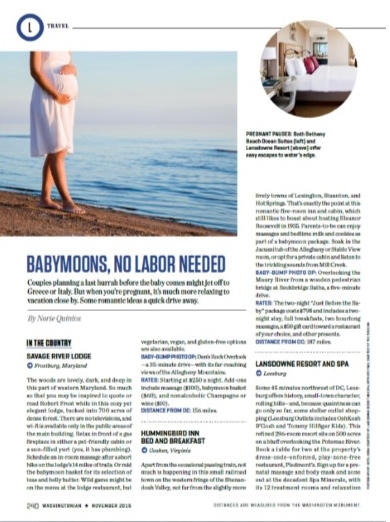